The Philippines plans to make a strong protest against China’s preparatory work for an environment monitoring station on the disputed Scarborough Shoal in the East Sea, Justice Minister Vitaliano Aguirre said on March 21. 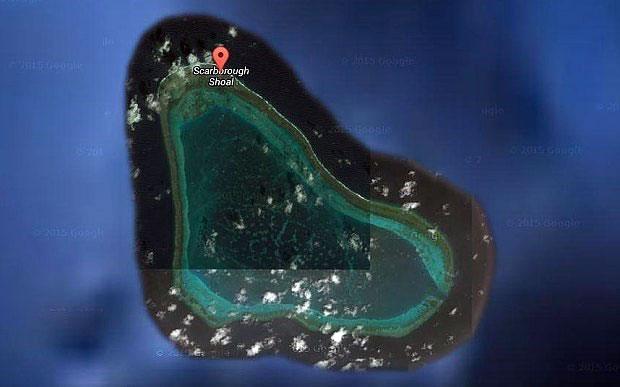 The Philippines would file a complaint against the plan China has just announced, Minister Aguirre told press in Manila.

The Philippines would take necessary action to defend and protect the country’s sovereignty and entitlements in the disputed maritime borders, Presidential spokesman Ernesto Abella said.

“President Rodrigo Duterte has repeatedly asserted that the Philippines is not giving up its claims and entitlements over the area,” he reiterated.

When asked on March 19 for his response to the report of a radar station to be built at the Scarborough Shoal, Duterte said: “We cannot stop China.”

In 2016, an international tribunal ruled that Beijing violated Manila’s entitlements and no country has sole rights to fish there, Reuters reported.

In 2012, China seized the Scarborough Shoal, which is 120 nautical miles from the nearest coast of the Philippines’ main island of Luzon and stopped Filipino fishermen to approach the rich waters.

Then Filipinos were allowed to return to fish at the shoal after Philippine President Duterte visited China in October 2016, called for a new era of ties./.