Philippine police killed a gunman who burst into a casino of the Resorts World Manila entertainment complex, according to the National Police Chief Director Ronald dela Rosa. 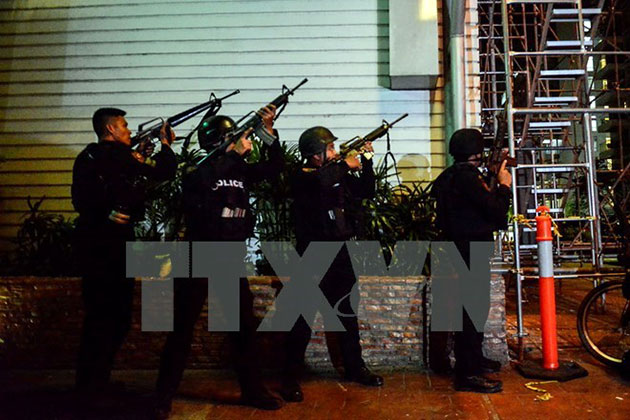 Ronald dela Rosa said on June 2 that the incident appeared to be a solo robbery and was not terror-related.

Earlier, the officer said the suspect was believed to be a foreign white man who had escaped because smoke had obscured footage for CCTV cameras.

Local media reported that gunshots and explosions were heard from the Resorts World Manila, a complex of a commercial centre, hostels and a casino on early June 2.

The Islamic States (IS) claimed responsibility for the attack which injured a number of people in the complex’s hotels and casino.

Local police have been mobilised to the scene while the country’s army said they will keep a close watch on the situation.

The incident took place in the context that the Philippines is facing a crisis in the southern region where the Government has carried out a campaign against Islamic rebels from May 23.

President Rodrigo Duterte imposed a curfew on Mindanao islands last week, saying the islands, home to 22 million people, may become the shelter of Islamist militants who were driven out of Iraq and Syria./.