Members of the 12th Party Central Committee discussed socio-economic performance in 2016 and socio-economic development plan for 2017 during the third working day of the committee’s fourth meeting in Hanoi on October 11. 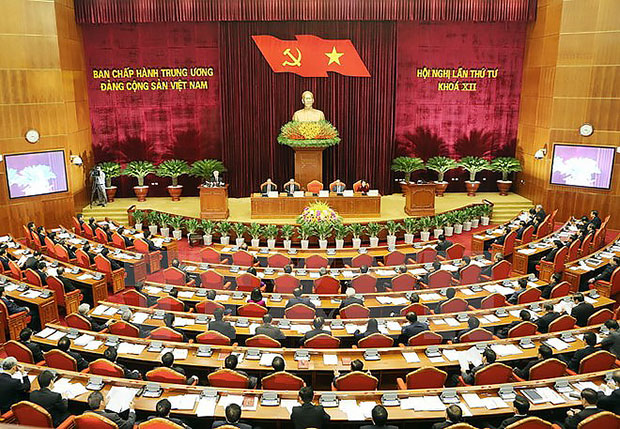 At the meeting (Photo: VNA)

In the morning, they also talked about the implementation of the State budget in 2016 and State budget estimates in the following year.

Politburo member and Prime Minister Nguyen Xuan Phuc on behalf of the Politburo chaired the event.

In the afternoon, the committee worked in groups to mull over a project on some major policies and guidelines to reform the growth model, and improve growth quality, labour productivity and the competitiveness of the economy.

The fourth plenum of the Party Central Committee was opened on October 9 and is scheduled to last through October 15.

To put the 12th Party Congress Resolution into action, the Party Central Committee decided that the 4th plenum must issue a Resolution on building and strengthening Party, stopping and curbing the degradation in political ideology, morality and lifestyle along with the signs of “self-evolution” and “self-transformation” within the Party./.

Meeting on ground clearance of the North-South expressway route