The fourth plenary meeting of the 12th Party Central Committee opened in Hanoi on October 9 morning, with socio-economic situation in 2016 and plans for 2017 high on the agenda. 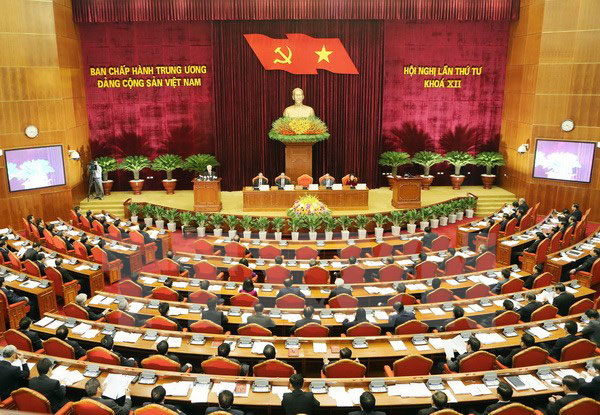 Under the chair of Party General Secretary Nguyen Phu Trong, the committee will also give opinions on several major policies on renewing the growth model and increasing growth quality, productivity, and the competitiveness of the economy; as well as how to effectively implement international integration while maintaining political stability in the context of Vietnam joining new-generation free trade agreements.

Other issues in the week-long conference’s working programme are strengthening the Party, stop and curb the degradation in political ideology, morality and lifestyle along with the signs of “self-evolution” and “self-transformation”within the party, among other important matters.

The plenum will last through October 15./.