The northern province of Cao Bang has announced a Prime Minister decision recognising a pair of bells at the Da Quan relic complex in Hung Dao commune of Cao Bang city as national treasures. 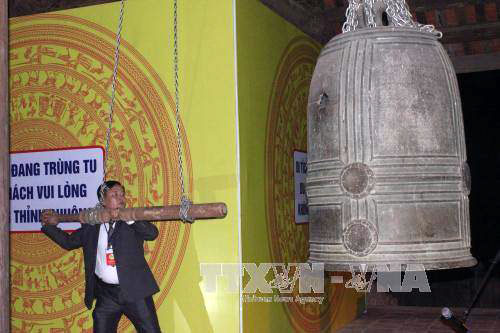 The pair of bells at the Da Quan relic complex of Cao Bang city are recognised as national treasures. (Photo: VNA)

The pair of bells were made in 1611. They demonstrated the meticulous bronze-casting technique and sculpture of Vietnamese people in the 17th century.

According to historical documents, Vien Minh, built under the Ly dynasty (1010-1225), is one of the three oldest pagodas in Cao Bang province.