Opening the 10th Conference on Cooperation between Vietnamese and French Localities 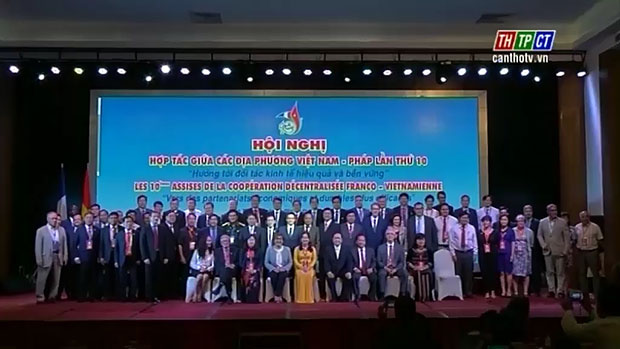 On the morning of September 14th Cần Thơ city opened the 10th Conference on Cooperation between Vietnamese – French Localities in 2016.

After the statement of Mr. Võ Thành Thống – Chairman of Cần Thơ City People’s Committee – Chief of the steering board for the Conference, Deputy prime Minister Vũ Đức Đam highly valued the significance of the cooperation between Vietnamese and French localities.

With the theme “Towards effective and sustainable economic partners”, the Conference shows the determination of Việt Nam and France’s localities in promoting this typical model.

After the opening ceremony, the plenary meeting took place with 7 speeches to assess the cooperation between the two nations’ localities in may fields… ./.