In the morning on July 20th, the 9th tenure Cần Thơ city People’s Council for 2016 – 2021 opens the 2nd session, with the aim of evaluating results of implementing missions on socio-economy and national defense – security development in first 6 months of 2016; propose orientations in 6 remaining months; at the same time, they discuss and decide some important contents. 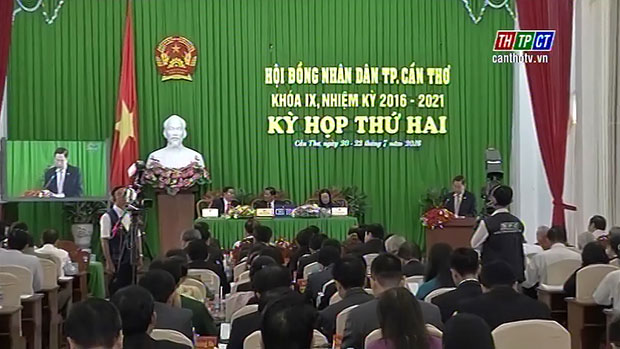 At once, he asks deputies need to highly raising spirit of responsibility, promote democracy, knowledge, focus on researching, discussing, proposing decisions, and contribute to the session’s success.

After the speech of Mr. Hiểu, Standing Vice Chairman of Cần Thơ city People’s Committee Lê Văn Tâm reports results of carrying out the Resolution of the city People’s Council on socio-economy, national defense and security in first 6 months, orientations and missions in 6 later months

In schedule, the session will close in the morning on July 22nd./.