A bomb explosion occurred in Thailand’s capital city of Bangkok on June 16, wounding one person. 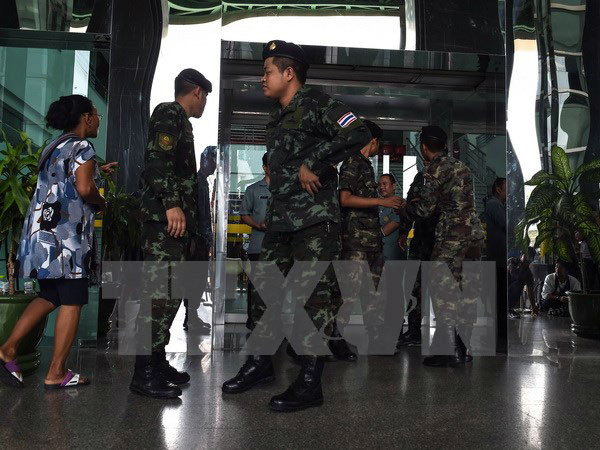 Thai officers guard at a hospital in Bangkok (Source: VNA)

Thai police said that the ping pong-sized bomb was hidden in a plastic bag in a bush and was opened by a city cleaner.

The blast came a day after Thai authorities arrested a suspect in connection with an explosion last month at a military-run hospital in Bangkok that injured at least 24 people.

After the attack, authorities of Thailand have stepped up security measures and ordered nationwide security agencies to be on alert./.