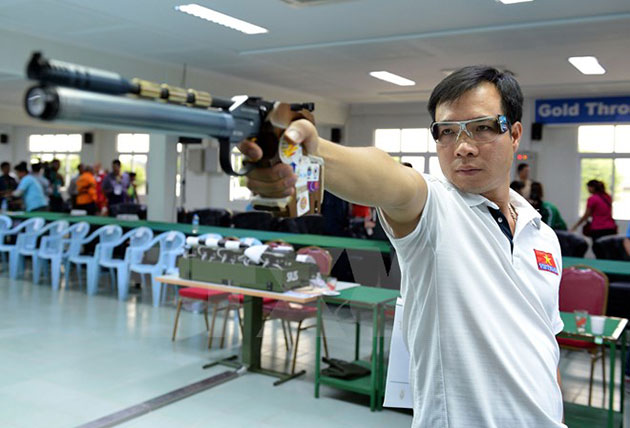 Jonathan Wong Guanjie of the hosts came second with 233.2 points.

Lim Swee Hon of Singapore was at third with 195.1.

Vinh took his second medal, a bronze, in the team event together with teammates Tran Quoc Cuong and Pham Ngoc Huy.

The gold went to Malaysia, and Singapore took the silver.

Malaysia were second with 3419.

Quan earlier grabbed his silver in the individual event with 445.3 points.

Vietnam have won a total of six golds, 10 silvers and five bronzes in shooting events after five days.

Athletes will have one day rest on May 10 before trap competitions are held May 11.

The championship will end on May 13./.