Offering Scholarships to Pupils and Students 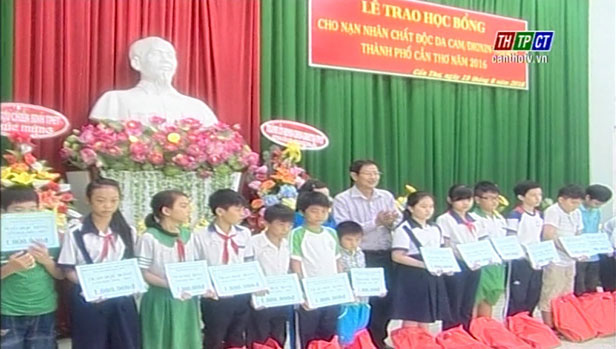 120 pupils, students who are orange agent/dioxin victims, studying at primary, junior and senior secondary schools, colleges, universities in Cần Thơ city were presented scholarships, each valued VND 1 million in cash and 1 gift including notebooks, a raincoat.

On this occasion, 2 pupils who are children of orange agent victims in Bình Thủy and Thới Lai were also presented bicycles, each valued at VND 1 million 200,000.

The combined cost is around VND 130 million, including 120 million support of the Southwestern assistance association for poor people, the balance contributed by kind-hearted people./.