Prime Minister Nguyen Xuan Phuc has approved water supply planning for the Mekong Delta region to 2030 with a vision to 2050, aiming to reduce average clean water loss to 18 percent in 2020. 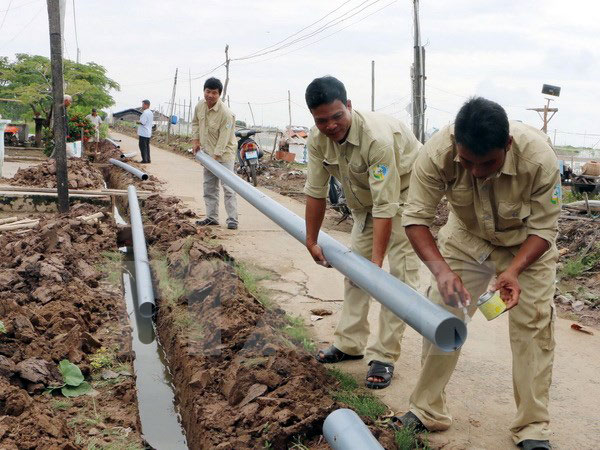 In 2030, the percentage of residents in urban areas using clean water may reach 98-100 percent, while the ratio of rural residents accessing clean water from the trans-provincial and urban water supply system is hoped to increase to 35 percent.

Clean water loss is targeted to be kept below 12 percent, according to the planning.

The planning also divides water supply systems in the region into three smaller regions basing on terrain, development and the need for water as well as the planned water supply expansion.

The coverage and capacity of trans-provincial water works will be expanded in line with water requirements and climate change and salinity in specific periods, said the planning.

According to the Water Resources Department under the Ministry of Natural Resources and Environment, the region has experienced a sharp drop in rainfall.

In the 2015-2016 dry season, the rainfall level was lower than historical levels by 0.2-0.4m, while salinity was much higher than average.

In addition, climate change has caused floods in the upper Mekong Delta and droughts in the centre of the region. Meanwhile, coastal areas have suffered from sea level rises that ravage agricultural production./.