A special exhibition on Vietnam’s national treasures will take place for five months from January 10, 2017 to May 2017, the Museum of History announced on December 12. 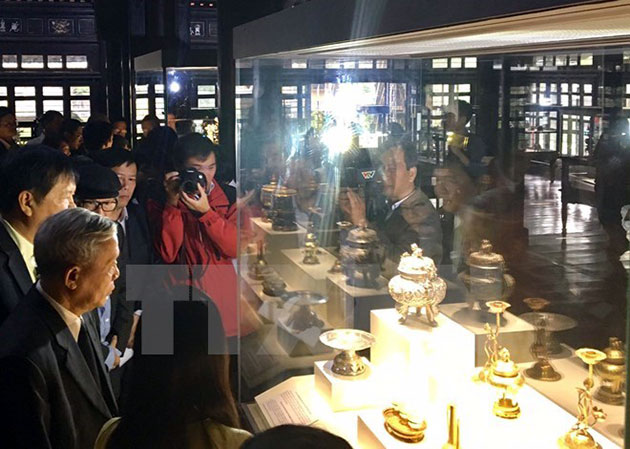 For the first time, all 16 national treasures kept at the museum will be put on display, helping visitors get a systematic understanding of the historical and cultural values of the treasures.

The exhibits will include a Ngoc Lu bronze drum of the Dong Son culture dating back to around 2,000 to 2,500 years ago, which is the most beautiful and intact drum of its type discovered so far.

It was recognised as a national treasure in 2012.

The drum is relatively intact with unique decorated patterns and is grouped in the same category with Ngoc Lu bronze drums.

Other national treasures include the Dao Thinh glazed terra-cotta jar, a statue depicting two men playing panpipes, a lamp in the form of a kneeling person, a boat tomb, the Vo Canh stele, the bell at Van Ban Pagoda, among others.

The museum is preserving nearly 200,000 original documents and objects of historical, cultural and scientific significance./.