A painting exhibition is underway at the Vietnam Museum of Fine Arts, displaying 100 watercolour sketches by Vietnamese artists of different generations. 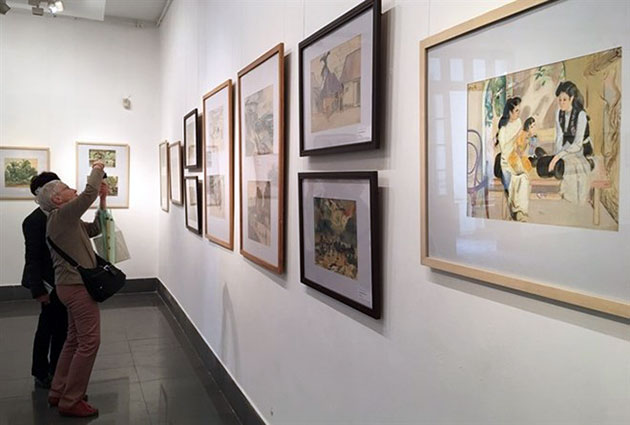 Visitors at the exhibition (Photo: VNA)

The artists include the first students of the Indochina College of Fine Arts, which was set up under French colonial in 1925; artists during the resistance war against the Americans; and artists established after the country’s reunification in 1975. The exhibition aims to present to the public sketches which not only have aesthetic value, but also are a precious source of history.

“The country and the people are always the main themes on display at the museum,” Vu Anh Minh, the museum’s deputy director said at the exhibition’s opening ceremony recently.

“The sketches are vivid and are based on artists’ field trips to every nook and corner of the country. The works were sketched in the 1941-82 period, reflecting the national revolution and the construction progress in the country.” 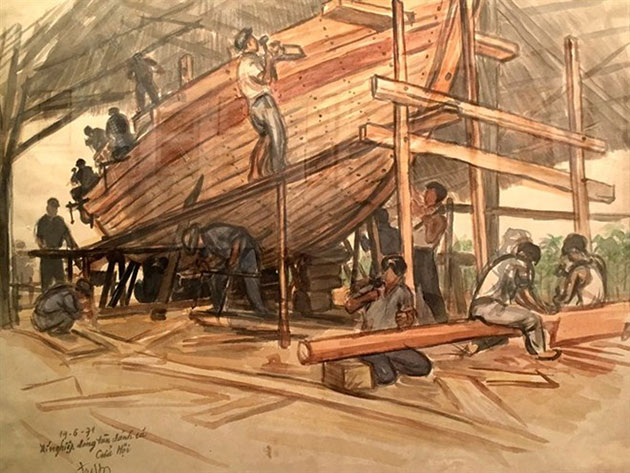 At the exhibition, Nhi’s sketch titled May Xuc Deo Nai (Power Shovel in Nai Mountain Pass) will transport visitors to coal mines in the northern province of Quang Ninh. 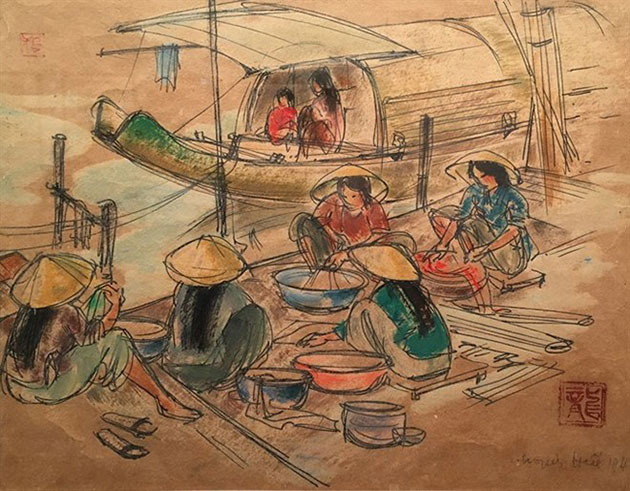 A sketch by artist Long titled Song Dong Ba-Hue (Dong Ba River in Hue), created in 1941, is the oldest work on display at the exhibition.

The 26.2cm by 30.7cm sketch features Hue women carrying out their daily chores at the Dong Ba River bank.

Huy Oanh represent artists from the resistance war period. His work, sized 34.2cm by 49.4cm, depicts volunteer youngsters constructing a road in Truong Son. The sketch was created in 1973. 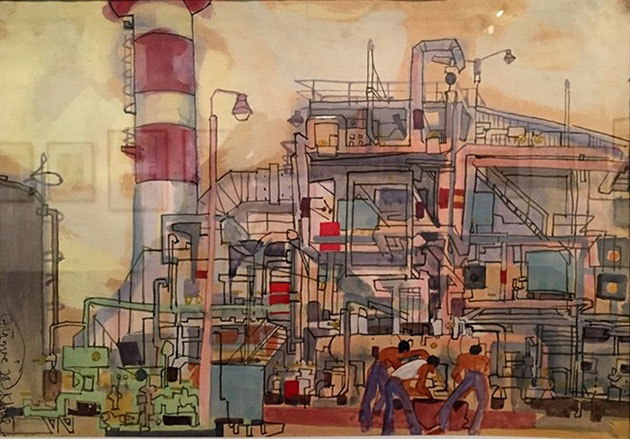 She sketched a panorama view of the Tra Noc Power Plant in Can Tho during her first field trip to the south.

“I was greatly impressed by the modern plant and the hardworking young workers,” Khue said “I still remember how I was inspired by the enthusiasm of the young workers at the power plant and I sketched the scene under the sun without covering by head.”

One hundred sketches by 70 artists whose works present the history of painting and sketching in Vietnam are on display.

“During Vietnam’s resistance against French and American invaders, many Vietnamese artists observed people’s daily lives, soldiers, battles, rural labourers and the simplicity of life in the countryside, which they translated into moving sketches,” critic Nguyen Hai Yen said.

The exhibition is on until February 20 at 66 Nguyen Thai Hoc Street, Hanoi./.