A ceremony for the National Press Awards for 2015 was held in Hanoi on June 21, marking the biggest ever volume of submissions to compete for the decade-old award. 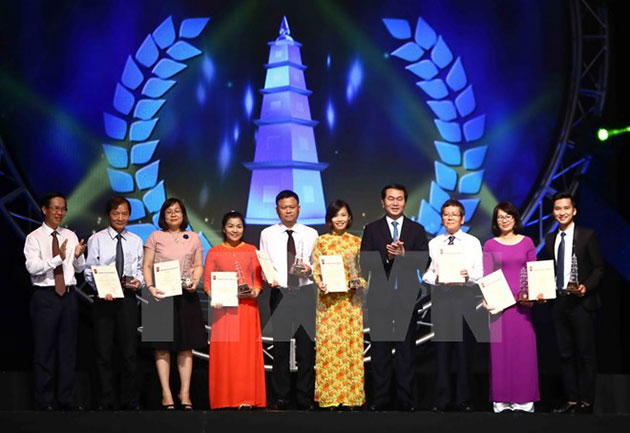 The award attracted 1,660 press works from 169 media agencies, reporters and writers, and saluted the most outstanding ones that demonstrated the quality and success of national journalism.

This time, there were eight A prizes (the highest award), 25 B prizes, 40 C prizes and 14 consolation prizes in four journalism fields, namely print and online newspapers, radio and television.

They were credited with successfully reflecting economic, social, security and defence affairs, especially the nation’s marine sovereignty protection. They also focused on fighting corruption and sabotage schemes and highlighted role models in social and economic activities.

Speaking at the ceremony, which also celebrated the 91st Vietnam Revolutionary Press Day (June 21), President Tran Dai Quang highlighted the success of the press throughout 2015, but said there is still much work to do at a time when the country is facing big challenges due to territorial disputes, religious issues and terror threats all over the world.

“The press has a heavy burden and mission,” said the President.

“You are expected to make changes in content, improve technological infrastructure, secure information systems and create works that attract citizens and integrate with the world at the same time,” he added.