National Assembly Chairwoman Nguyen Thi Kim Ngan and a high-ranking delegation of the legislature left Hanoi on the morning of April 6 for official visits to Sweden, Hungary and the Czech Republic. 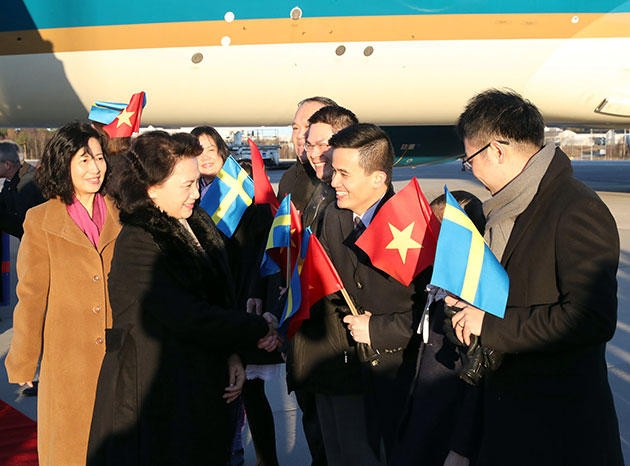 The visits will be made at the invitation of Speaker of the Swedish parliament (Riskdag) Urban Ahlin, Speaker of the National Assembly of Hungary Kover Laszlo and President of the Senate of the Czech Republic Milan Stech.

This is the first visit of a Vietnamese National Assembly head to Sweden in 24 years, since the visit by then NA Chairman Nong Duc Manh in 1993.

The visits of NA Chairwoman Nguyen Thi Kim Ngan are aimed at further strengthening the traditional friendship and cooperation between Vietnam and the three countries in general, and between the Vietnamese NA and its Swedish, Hungarian and Czech counterparts in particular./.