4th National Assembly deputies discussed the bill on associations at their plenary session of the ongoing second meeting in Hanoi on October 25. 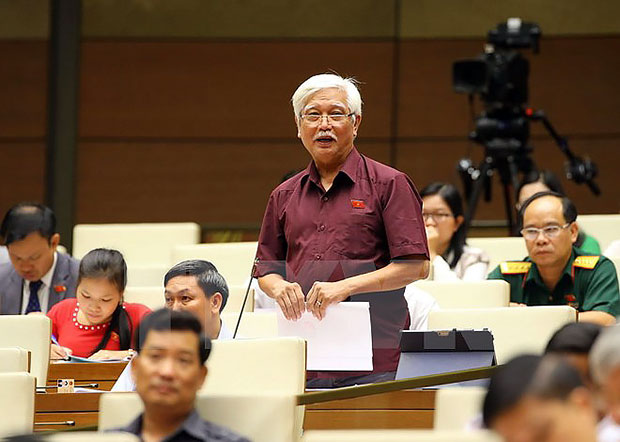 Under the chair of National Assembly Vice Chairman Uong Chu Luu, the deputies listened to a report clarifying revisions to the bill on associations and debated several contents that sparked different views.

They focused on the concept, organizational principle and operation of associations, the government’s policies toward associations, regulations on the implementation of the right to establish association applicable to State employees, and forbidden behaviors, among others.

On October 26, the deputies will have a plenary session to deliberate the draft law on revising and supplementing several articles of the Penal Code 100/2015/QH13./.