At least nine people have been killed by strong wind assault and thunder strike in Myanmar over the past three days, Myanmar’s Ministry of Social Welfare, Relief and Resettlement said on May 8. 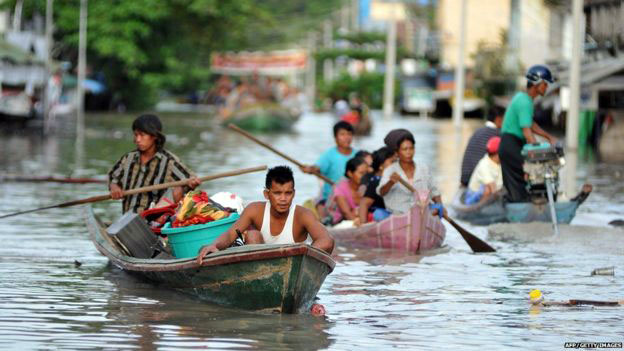 Resident paddle through floodwater in Kalay, Sagaing Region after being hit by heavy rain. (Photo: BBC)

In late last month, cyclone Maarutha made landfall near Thandwe, west Myanmar’s Rakhine coast, brought destruction to some dozens of civilian houses, police wards, schools and monasteries in areas of Rakhine, Magway and Ayeyawaddy state and regions as it swept through./.