Motorbike emissions to be checked from 2018

Vietnam will begin checking exhaust emissions from motorbikes in the central city of Danang in July 2018 and in other major cities two years later, according to a draft regulation submitted by Vietnam Registry (VR) to the Ministry of Transport. 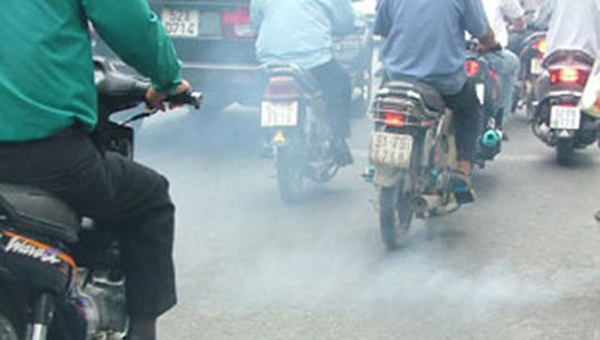 Emissions will be checked every year, with bikes that pass the test being granted a stamp of road-worthiness and can continue to be driven.

The country first planned to begin checking CO2 emissions from motorbikes in 2010 in Hanoi and HCMC, but the plans were delayed.