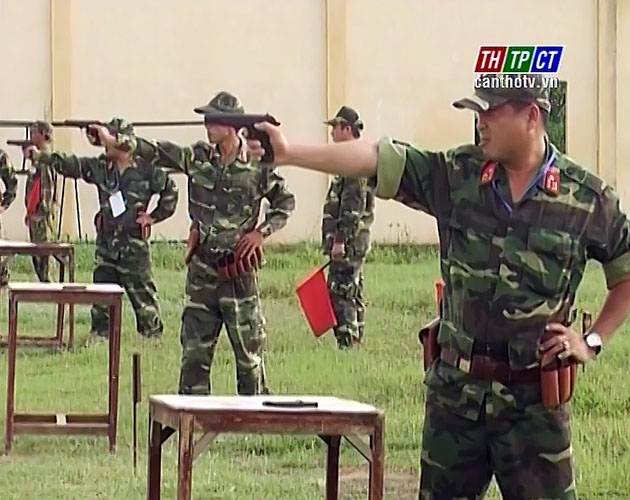 The contest aims to test and evaluate the result of training in offices and units under the city armed force, through that, they can timely draw experience in steering to conduct missions, increase training and fighting quality as well as discover potential people to train for the contest held by the military zone 9.