Meeting on the 55th Anniversary of Vietnam Dioxin Disaster 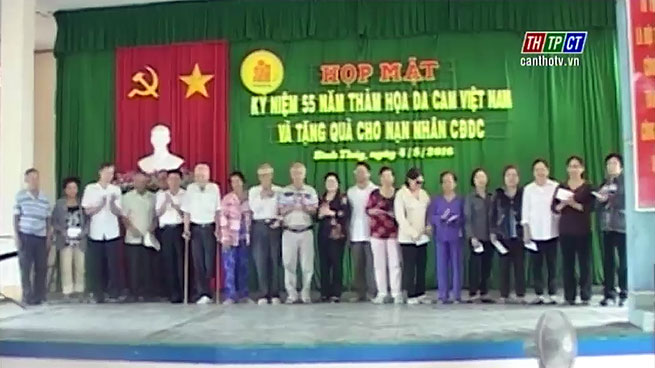 Meeting on the 55th Anniversary of Vietnam Dioxin Disaster.

So far, it has rallied organizations, individuals to present 336 gifts for orange agent victims at the value of over VND 115 million.

Besides, it has also given quarterly allowance for 7 victims at the total sum of VND 4.2 million.

The soldier send off in Bình Thủy district

Vĩnh Thạnh completed the soldier send off target in 2021

Cần Thơ sent off 1,700 young men to the armed forces and…