The health sector in the southern province of Long An is striving to mitigate weaknesses in disease prevention by the end of 2015. 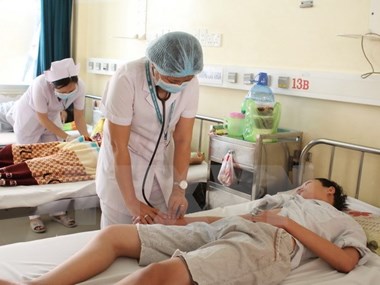 Long An has six districts bordering with Cambodia, posing a high risk of disease transmissions, said Director Le Thanh Liem of the provincial Health Department during a working session with a Ministry of Health delegation on August 13.

Especially, the Binh Hiep international border gate still has no quarantine post and experimental lab to deal with cross-border disease transmissions, he said, adding that the small-scale and spontaneous animal breeding, no vaccination and weak human resources are hindering local prevention efforts.

To overcome difficulties, between now and the year-end, the province will boost its capacity in monitoring border arrivals and disease-affected or -prone areas, as well as launch preventive measures, particularly for dengue fever and hand-foot-mouth.

Statistics reckoned that dengue fever has been on the rise in Long An from the beginning of the year with 643 cases reported.