In the morning on July 27th, Cần Thơ city Public Security opened the ceremony on “Paying tribute to Uncle Hồ” at Uncle Hồ’s statue, Ninh Kiều Quay on the 69th anniversary of the Day for Invalids and Martyrs, July 27th 1947 – July 27th 2016. 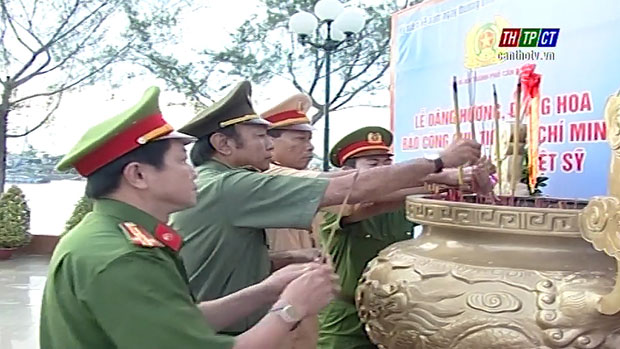 After the achievement-reporting ceremony, ceremonial on offering wreaths and burning incense at Statue of President Hồ Chí Minh.

The occasion is in order to officials and solders of the city Public Security express respects for Uncle Hồ, through that, strive for learning, practicing by moral example of Uncle Hồ, well serving for professional missions and deserving to be people’s soldiers./.