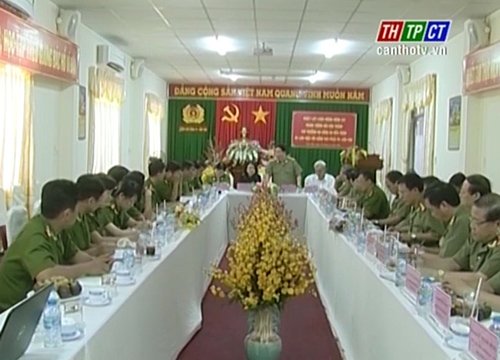 The deputy minister highly valued the responsibilities taken by the department, noting that as a unit assuming the big task of fire control, the department needs being in preparedness for fight, raises people’s awareness in fire control while formulating general planning on material base construction, facility equipment, contributing to well serving its assigned tasks.

On this occasion, leaders of the Public Security ministry also visited the new building of the department, which is expected to be completed in 2016.