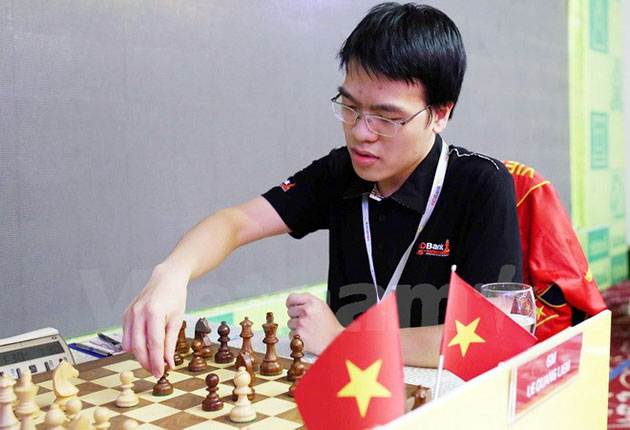 The 25-year-old Liem, with an Elo rating of 2712, is No 2 seed at the event. He will battle teammate Vo Thanh Ninh in the next round.

Although having the same one point but a difference on the auxiliary index, Yi temporarily took the lead in this division, followed by Liem and Xiangzhi.

Vietnamese player Nguyen Ngoc Truong Son withdrew from the competition because of sickness.

The event, which will offer a largest-ever bonus of 45,000 USD, will take place from March 12-17 in HCM City, with the participation of 230 players from 24 countries and territories./.