The Lam Dong tea culture will be featured at the Da Lat Flower Festival 2017, which will be held from December 23 – 27 in the Central Highlands province of Lam Dong. 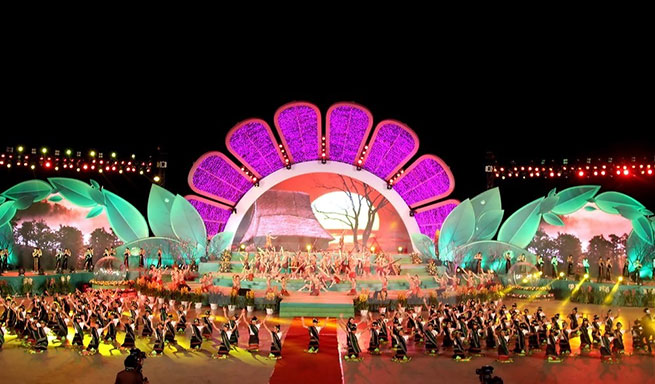 A colourful performance at the opening ceremony of the 2015 Da Lat Flower Festival (Photo: VNA)

Deputy chief of the Secretariat of the provincial People’s Committee Nguyen Duc Ngan made the statement on April 12.

Tea culture activities aim to honour and promote tea growing and processing industry in the largest oolong tea planting area in Vietnam which is located in southern Lam Dong with Bao Loc and Bao Lam districts.

The seventh festival, themed “Da Lat – Sac hoa ngay moi”, is expected to welcome organisations from different countries such as Japan, the Republic of Korea, Belgium and Malaysia.