Island commune in Quang Ngai to have solar power

Construction on a 166Kwh-solar power project will begin in the island commune of An Binh (or Be Island) in Ly Son district, the central province of Quang Ngai in June. 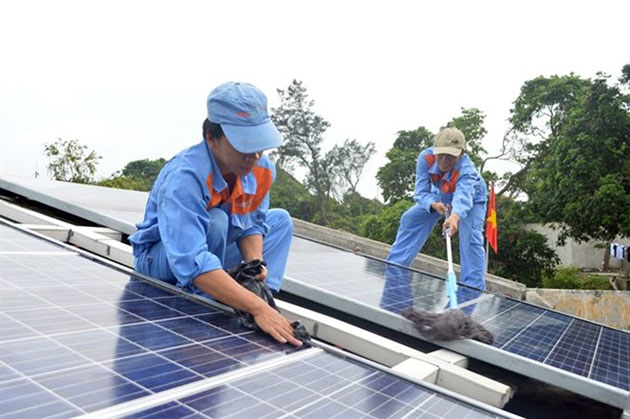 An Binh island in Quang Ngai will have solar power (Source: VNA)

An agreement on the project has been signed between the Bach Khoa Investment and Development of Solar Energy Corporation (SolarBK) and the Central Vietnam Power Project Management Board.

Construction is expected to be completed within 70 days.

Currently, 100 households on the Be island use electricity generated by 100kVA Diezel turbines installed by the Quang Ngai Power Company before the lunar New Year (Tet) Festival. However, they only get up to 12 hours of power per day.

SolarBK Company is a renowned power developers on islands.