The sixth international Vietnamese traditional martial arts festival this August will attract 15 foreign delegations from around the world, according to Nguyen Van Dung – deputy head of the event’s organising board. 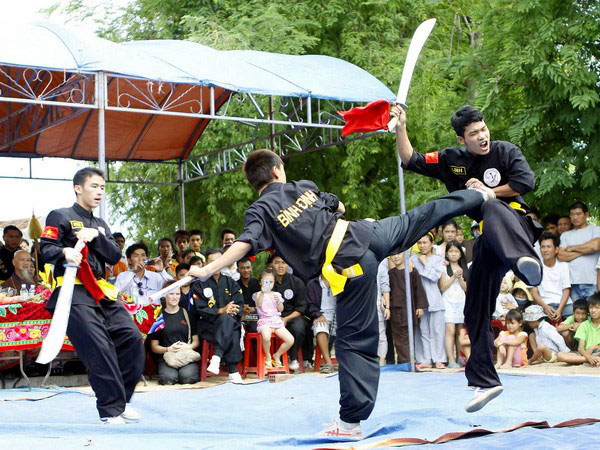 The 6th festival will see the competition of 49 delegations from Vietnam and other countries (Photo: VNA)

The biennial festival will take place in the central province of Binh Dinh from August 2 – 4, said Dung, who is also Director of the provincial Department of Culture, Sports and Tourism.

It will see the competition of 49 delegations with more than 900 martial arts instructors and artists. Fifteen of the delegations come from foreign countries and territories such as France, Italy, Portugal, Russia, the US and Canada.

Participants will join in exchanges to be held at renowned martial arts clubs in Binh Dinh and visit local historical and cultural relic sites. The festival will also feature a photo exhibition on the practice of martial arts in Vietnam and other nations, he added.

Dung noted the event is intended to honour Vietnam’s cultural values, popularise traditional martial arts which Binh Dinh province is famous for, and develop the country’s martial arts around the world./.