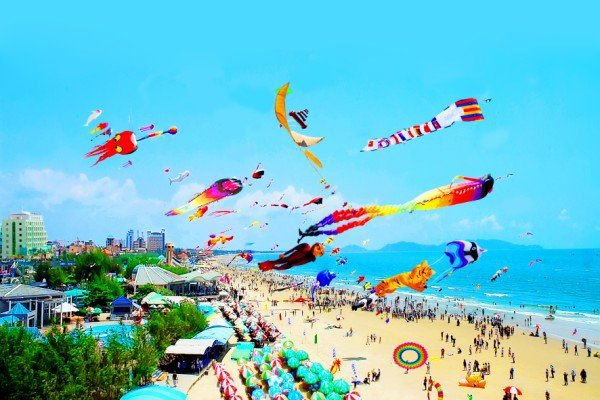 This year’s week-long festival, themed Dance of Peace, will take place on the beautiful beaches of Vung Tau City.

The event attracts 60 kite artisans and connoisseurs from 25 countries and territories like Germany, Netherlands, the UK, France, Sweden and Singapore.

Nearly 50 artisans from Vietnam’s big kite clubs, including Phuong Hoang of HCM City and Dieu Hue of Hue, will also join the event.

There will be competitions in kite making and kite flying. A special night kite performance with sound and lights will also be held.

A food festival to promote traditional Vietnamese cuisine will be organised during the festival.

Art troupes from the province and neighboring provinces will perform music and dance to entertain visitors./.