Indonesian Foreign Minister Retno Marsudi has signaled that her country would increase the number of military personnel involved in the UN peacekeeping missions, according to ANTARA News. 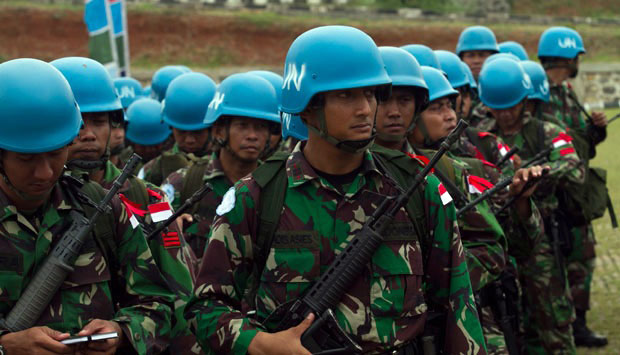 “Right now, Indonesia is ranked 11th among 123 countries contributing peacekeeping personnel. In the future, we plan to ascend to the 10th rank,” she said at a training event at a Peace Keeping Mission Center in Bogor, West Java, on October 10.

The target will be achieved by increasing the number of peacekeeping personnel, she said, adding that in 2014, Indonesia had 2,867 personnel serving in 10 peacekeeping missions in various parts of the world, and the country plans to raise the number to 4,000 by 2019.

Minister Retno called on all personnel serving in the UN peacekeeping missions to carry out their tasks well.

Since 1957, Indonesia has sent 35,000 peacekeeping personnel to operate under the UN as part of more than 40 missions./.