India and Singapore decided to hold a dialogue to enhance bilateral trade and economy on October 4, according to Indian news agency PTI. 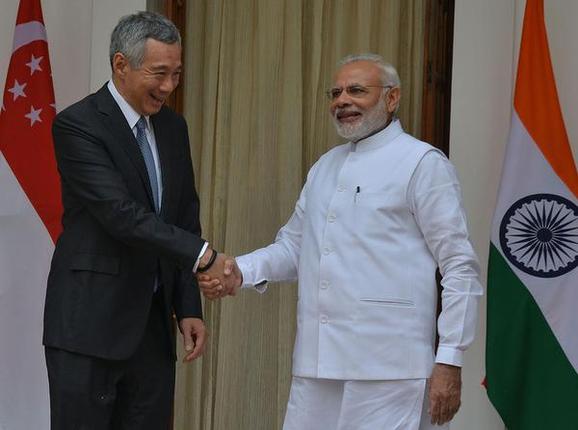 Prime Minister Narendra Modi and his Singapore counterpart Lee Hsien Loong ahead of their meeting in New Delhi (Photo: www.thehindubusinessline.com).

After talks with his Indian counterpart Narendra Modi in New Delhi, Singapore Prime Minister Lee Hsien Loong said that the two sides discussed the increase of strong economic links with the highlight as the establishment of the economic dialogue.

However, Singapore remains the second largest source of foreign direct investment in India, with 13.69 billion USD in the last financial year.