An exhibition in Can Tho city running from November 19-25 showcases the best 100 photographs of 73 photographers from 2014 Vietnam Heritage Photo Awards opened on the occasion of the 10th Vietnam National Heritage Day (November 23).

The third edition of the Vietnam Heritage Photo Awards has the theme “The soul of Vietnam” around topics such as nature, tangible heritage, intangible heritage and life.

Le Thanh Hai – Editor-in-Chief of Vietnam Heritage magazine – Chief of the Organizing Board, said the contest provides an opportunity for amateur and professional photographers to show their feeling and pride of the fatherland. 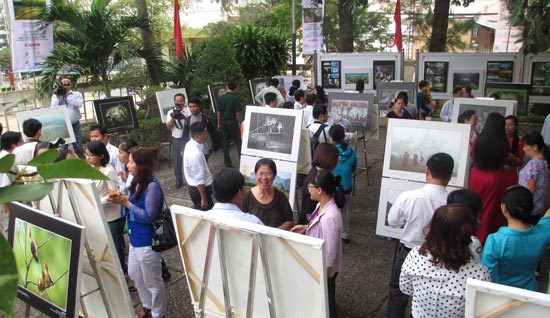 The organizing board has announced that after exhibition in Can Tho, they would continue to introduce these photographs in Khanh Hoa, Hanoi, Danang, Quang Nam, Quang Ninh, Vung Tau, An Giang and Tien Giang.

The awards ceremony is set for Ho Chi Minh City on November 23.