Heavy rains and consequent flash floods have inflicted damages in central south provinces, according to reports from provincial steering committees for natural disaster prevention and rescue. 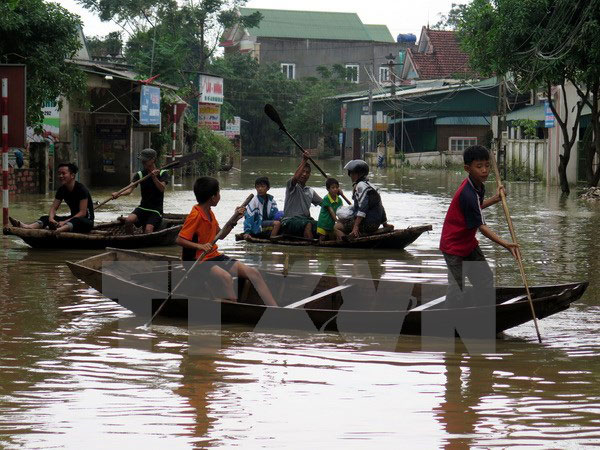 In Binh Dinh, heavy rains and flash floods left one person dead and two others injured, thousands of houses inundated and many localities isolated.

Roads leading to mountainous communes and overflowing dams in Go Dai, Ben Nhon are under water, while 300 houses in An Lao district were submerged.

Other districts such as Hoai Nhon, Phu My and Tay Son in Binh Dinh also suffered losses, mainly paddy fields.

In the neighbouring province of Quang Ngai, hundreds of houses were flooded and one person was washed away.

According to the provincial steering committee for natural disaster prevention and rescue, downpours inundated 460 houses, 135 of which are in Tu Nghia district and 325 in Nghia Hanh district.

The two districts have evacuated 215 out of 645 people in the communes of Hanh Tin Dong, Hanh Dung and Hanh Minh in Nghia Hanh district and 45 households in Nghia My commune, Song Ve town, Tu Nghia district.