The final matches of the 2016 V-League season were played on September 18, seeing last year’s runners-up Hanoi T&T down FLC Thanh Hoa 2-0 to become the new champions of the nation’s top-tier league in a convincing fashion. 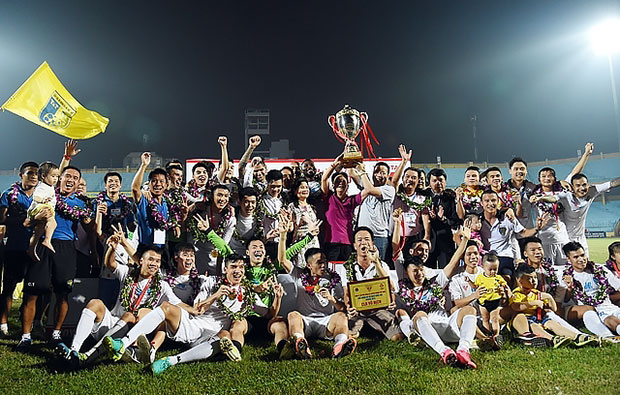 With a better goal difference to direct title opponents Hai Phong, Hanoi entered the 26th-round clash with strong determination targeting a resounding win to retain the V-League top spot in their hands.

Their efforts quickly paid off with an opener after 17 minutes of play thanks to Gonzalo’s close-range touch.

The narrow 1-0 score remained unchanged until the third minute of second-half injury time when Gonzalo scored a second for the capital’s team.

The 2-0 victory against Thanh Hoa secured Hanoi T&T the aggregate crown of the season with 50 points along with a better goal difference (17:15) over runners-up Hai Phong, who crushed Song Lam Nghe An 3-0 on home field on the same day.

The two bottom teams, Long An (29 points) and Dong Thap (8 points), were relegated to the First Division tournament next year.

Results of other 26th-round matches: 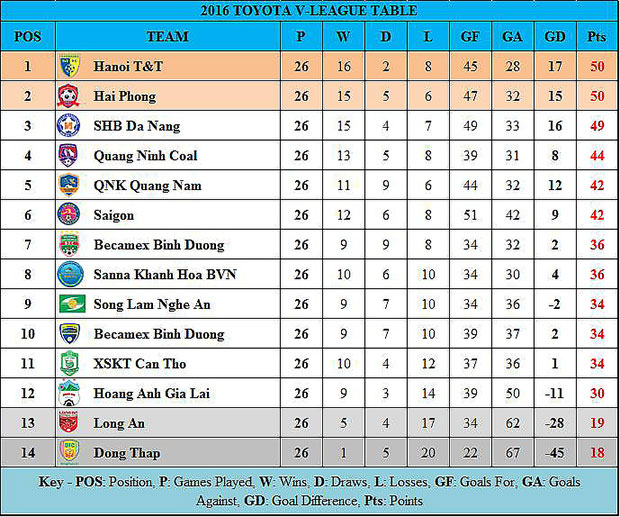