A certificate recognising Hai Van Quan (Hai Van Gate) as a national relic site was granted to authorities of central Thua Thien-Hue province and Da Nang city during a ceremony on May 24. 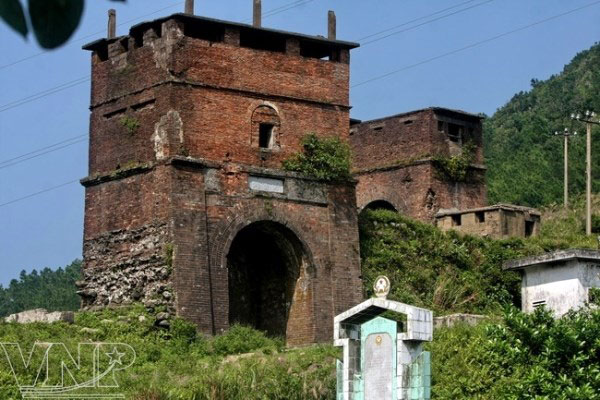 On the occasion, the People’s Committees of Thua Thien – Hue and Da Nang signed a memorandum of understanding (MoU) on preserving and upholding historical and architectural values of Hai Van Gate.

The two localities’ culture and sports departments were asked to devise detailed plans to effectively carry out the MoU.

The Hai Van Pass runs some 21km on the Bach Ma Range, which juts into the East Sea in central Vietnam.

The relic complex was built in 1826 under the rule of the Nguyen dynasty’s King Minh Mang (1791-1841), who ordered the construction of multiple defensive structures on Hai Van Pass to protect the then imperial capital of Vietnam in Hue.

According to historical records, after building the complex, King Minh Mang inscribed its name in Vietnamese – “Hai Van Quan” (Hai Van Gate) – on one side of the gate facing Hue Imperial Citadel, and the words “Thien ha de nhat hung quan” (the world’s most marvelous wonder) on the other side facing Da Nang.

The gate had been left in serious disrepair as neither Da Nang nor Thua Thien-Hue took responsibility for maintenance.

It has grown to become a popular attraction among tourists as it offers stunning views of the surrounding water bodies and landscape./.