The Prime Minister has agreed to allocate 165 billion VND (over 7.2 million USD) from the budget reserves fund to eight provinces to help them tackle the consequences of storms and floods from October 13-18. 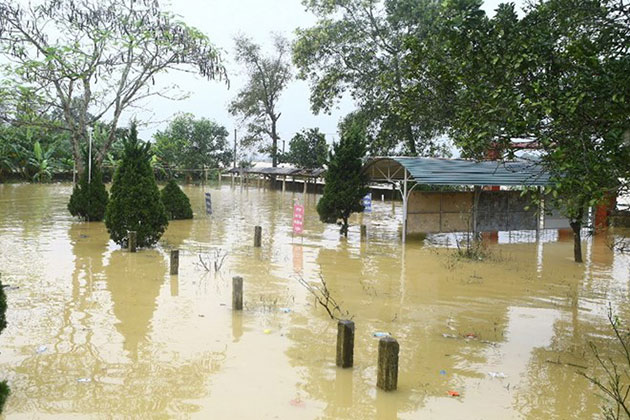 The provinces of Thanh Hoa, Thua Thien-Hue and Quang Ninh will receive 10 billion VND each.

The money will be used to buy necessities for flood victims and to restore dykes, irrigation systems and rural transport works which were seriously damaged by the natural disasters.

Nhan said the VFF will early hand over the aid to people in the southern central and Central Highlands region to help them overcome consequences caused by recent floods.

Up to 29 people were killed and went missing in the downpours and flood in October alone, and nearly 200,000 houses and infrastructure facilities were under water and damaged in Vietnam’s central region. Losses are estimated at trillions of VND.

The central region was again devastated by more heavy rains and flood in November and December./.