Government orders rice exporters to check shipments to US

The Ministry of Agriculture and Rural Development (MARD) has ordered Vietnam’s rice exporters to closely control the quality of rice exported to the US, after some exports were rejected. 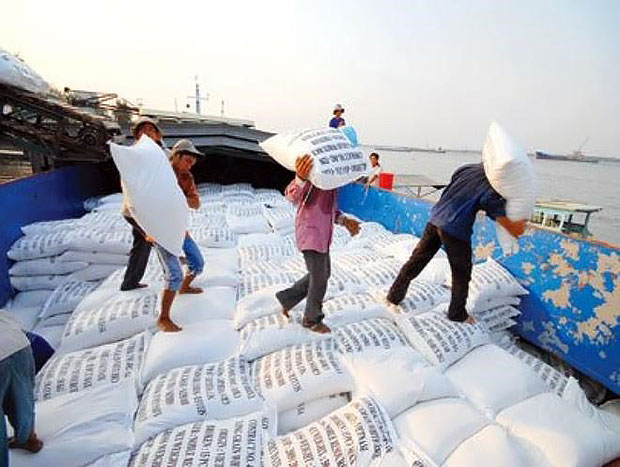 The Ministry of Agriculture and Rural Development has ordered Vietnam’s rice exporters to closely control the quality of rice exported to the US, after some exports were rejected. (Photo: danviet.vn)

The Ministry has warned that enterprises having rice exported to the US should inspect and carefully assess residues of pesticide in rice shipped to that market to avoid future problems, reported vneconomy.vn.

According to the Ministry, the US Food and Drug Administration (FDA) earlier inspected Vietnam’s rice exports to the US market and found Vietnamese rice had eight active chemical elements that exceeded allowable limits.

However, all eight elements were pesticides permitted for use in Vietnam.

Since then, the Ministry has sent a delegation to the US to solve problems related to Vietnamese rice lots being rejected.

This incident has created an urgent demand to coordinate lists of pesticides permitted for use in Vietnam and also the US, to avoid future rejections.

Meanwhile, the Vietnam Food Association reported, according to the FDA, that in the first four months of this year 95 containers of Vietnamese rice, or 1,700 tonnes, were returned from the US, including jasmine fragrant rice, jasmine broken rice, brown rice and high-quality white rice.

The US is a potential rice market for Vietnam, but this market has presented high demands in quality, as well as many technical barriers.

The FDA reported that from 2012 to August 2016, some 412 containers of exported Vietnamese rice, or 10,000 tonnes of rice sent from 16 enterprises, were rejected for hygiene or safety reasons.

Also during this period, rice exports fell by 16.6 percent in volume and 13 percent in value, year-on-year.

The US accounted for a small volume of the total national volume of exported rice, with 22,084 tonnes worth 12.2 million USD in the first eight months of this year.

Rice exports had a strong drop against a volume of 33,000 tonnes and a value of 18.7 million USD in the same period last year./.