Formosa to finish fixing all environment-related flaws by mid-2018

Hung Nghiep Formosa Ha Tinh Steel Co. Ltd, which was blamed for mass fish deaths along the central coast earlier this year, expects to fix all of its environmental protection problems by mid-2018. 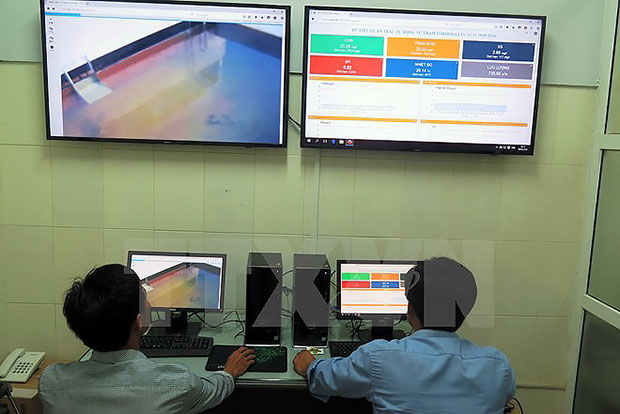 At a meeting with officials of central Ha Tinh province, where it is located in, on August 23, Formosa reported that inspectors from the Ministry of Natural Resources and Environment found 58 environmental protection issues in the company’s operations.

Twenty-three of the issues relate to the environmental protection facilities, another 23 are about waste storage, and the remaining 12 are in environmental information sharing.

The firm dealt with 32 items on the list, with the last to be completed by June 2018, it said, adding that most of the remaining issues, including waste water and exhaust gas discharge systems, need at least three years to be fixed.

Formosa contracted a certified company to treat 390 tonnes of waste mud which contained hazardous material and was dumped illegally in Ky Anh town in the province. The firm is waiting for approval from the environment ministry for waste treatment, Formosa said.

At the working session, Secretary of Ha Tinh’s Party Committee Le Dinh Son reiterated that the province does not sacrifice the environment for economic growth.

He requested Formosa realise its environmental protection commitments and report its operations and waste disposal activities to the local economic zone authority and People’s Committee daily.

Mass fish deaths were reported along the coast of the central provinces of Ha Tinh, Quang Binh, Quang Tri and Thua Thien-Hue in April.

In late June, Formosa Ha Tinh accepted responsibility for the incident. The pollution damaged about 400 hectares of coral and affected over 260,000 people who earn their living in sea-related activities.

The company pledged to compensate over 11.5 trillion VND (500 million USD), which will be used to support local fishermen and recover the polluted maritime environment. It also vowed to deal with shortcomings in waste and wastewater treatment./.

The 7ᵗʰ meeting of the National Election Council

Cần Thơ: 11 checkpoints carried out the medical check for…

A preliminary review of the building order, urban order…

Cần Thơ strives for receiving at least 700 blood units at…

Cần Thơ city assigned the task of preparing for investment…