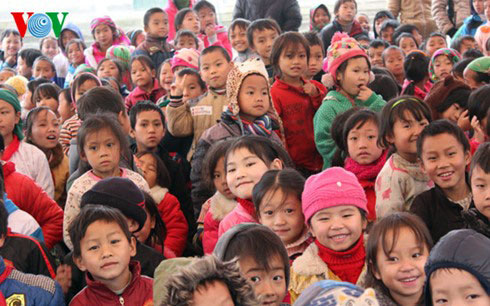 Experts at the conference, held by the General Office for Population and Family Planning under the Ministry of Health, discussed the Party’s new orientation on population, forecasts for the country’s population in the period 2014-49, reduction of gender inequality at birth and adaptation to the country’s aging population.

With the forecast that Vietnam’s population will reach 100 million by 2026, experts at the conference recommended that the country adopt suitable policies on urban planning, infrastructure development and vocational training.

Associate Professor Cu said that for more than 50 years, Vietnam’s population policies focused on encouraging families to have no more than two children.

Vietnam had been developing with urbanisation and international integration, thanks to good education, and people understand more about the benefit of small families, he said.

But with that target achieved, it is no longer suitable to focus on family planning, he added.

Many urgent new problems now demand attention, such as an aging population, gender inequality at birth and more, he said.

Among other General Statistics Office data presented at the conference:

– By 2020, Vietnam will have 1.38 million marriage-age men without available partners.

– The country’s golden population period, in which for every two people working, there was only one dependent person, will end in 2040, and an aging population will become a problem as it is in much of the developed world.

– The number of primary school children will increase until 2025, and then decrease sharply until 2034 and remain stable to 2049.

– The number of women of child-bearing age will be stable and decrease sharply after 2035.

More education should be given to gender equality to reduce gender inequality at birth, and more researches should be focus on taking advantage of the aging population./.