Food flea market to open in Mekong delta Can Tho city

A southern food flea market is to be opened in Mekong Delta Can Tho city, aiming to promote the country’s Mekong Delta culinary specialities as well as to attract domestic and international visitors to the region, according to the municipal culture and tourism department. 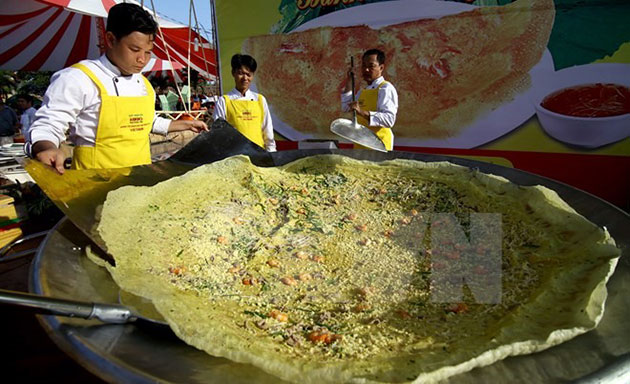 The 6th Southern Traditional Cake Festival, which was held last month, was a successful event and many vendors and cake artisans said they would like to participate in similar, long-term activities.

Can Tho said it would open a Southern Food Flea Market every Saturday and Sunday at several tourism destinations, including Ninh Kieu Wharf and Nha Long Cho Co, among others.

Tam said that food hygiene inspections at stalls would be conducted regularly and that vendors must present a food safety hygiene certificate in order to run their business.

Though gaining profit is important, vendors must sell products at reasonable prices, he said, adding that organisers would welcome all vendors who bring a variety of goods.

Nham Hung, a cultural tourism researcher, said that it was important for vendors and artisans to improve their skills and introduce interesting products not only through storytelling but live performances.

He said that authorities should support vendors and artisans in branding so they can add even more value to their products.

Can Tho has become a more popular tourism destination in recent years.

Despite the increasing number of tourists, Can Tho has managed to met accommodation demand, with four- to five-star hotels nearly fully booked./.