Organisations and individuals across the country are supporting locals in the central region overcome the consequences of recent floods. 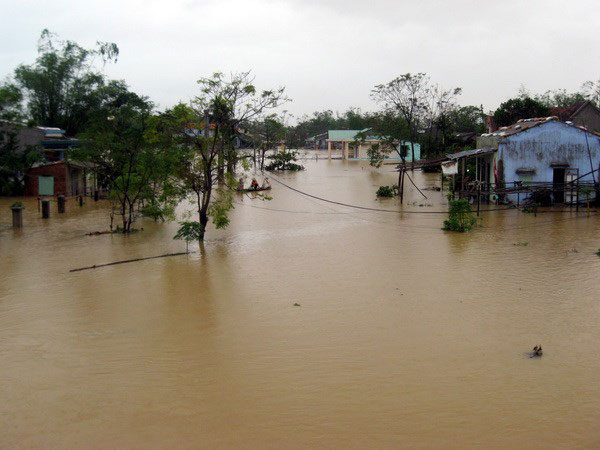 All money collected will be used to support 10,000 affected families in central Nghe An, Ha Tinh, Quang Binh, Quang Tri, and Thua Thien – Hue provinces, he said, adding that the programme starts from October 18 to December 16, 2016.

The Ministry of Information and Communication, the Ministry of Natural Resources and Environment, and the Vietnam General Confederation of Labour are also engaged in the efforts.

The National Steering Committee for Search and Resuce along with the Ministry of National Defence and the Ministry of Public Security are searching for missing people and ensuring safety for the search and rescue forces.

Heavy rains and floods in the central region, including the provinces of Nghe An, Ha Tinh, Quang Binh, Quang Tri and Thua Thien-Hue, have claimed 25 lives and injured 18 others.

Four others have been reported missing, according to the latest report from the National Steering Committee for Storm and Flood Prevention and Control.

They were required to mobilise all available forces, including soldiers and police, to continue searching for the missing, visit flood victims’ families, provide essential food and clothing, clean the surrounding environment and take measures to prevent outbreaks of flood-borne diseases.

The Prime Minister has also called on people to give donations to affected families in these provinces./.