Fish exports to US to be tested 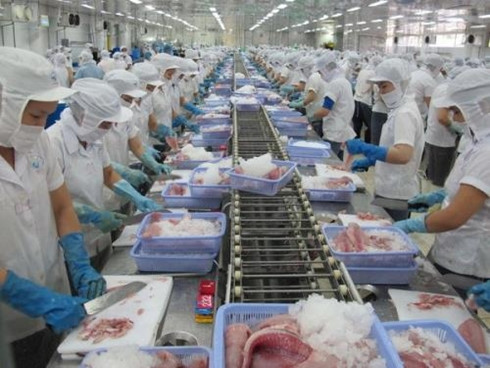 Siluriformes fish products, meant for export to the US, will undergo safety tests from July 17 to October 15, the National Agro–Forestry–Fisheries Quality Assurance Department (NAFIQAD) said.

Only when the samples clear the tests and are certified by regional centres for Agro – Forestry – Fisheries Quality can the batches be allowed to be exported.

The Ministry of Agriculture and Rural Development’s NAFIDAQ has requested all relevant firms to register for the examination and certification of their products.

In March this year, the US released a list of eligible catfish exporters from four countries, including 23 from Vietnam, who could ship their products to the American market.

The total export value of tra fish reached US$616 million in the first six months of this year, according to the Vietnam Association of Seafood Exporters and Producers (VASEP). The EU and the American markets account for about half of the total tra fish exports.

The VASEP said tra fish exports turnover this year would touch US$1.5 billion, a fall of 5% compared with 2015.

The decrease could be attributed to the enforcement of trade and technical barriers in many import markets as well as low consumption demand there.

Seafood exporters were worried by the announcement of Ho Chi Minh City Seafood Security and Quality Management Department to stop granting catch certificates for fish caught outside the city from August 1.

This was because many seafood exporters in Ho Chi Minh City bought raw fish from a number of provinces in Thanh Hoa, Ba Ria –Vung Tau, Binh Thuan, Soc Trang to Ca Mau provinces to be processed at their plants based in the southern city for exports.

It would take more time and be more costly for firms as they might have to travel to other provinces rather than Ho Chi Minh City to ask for catch certificates, according to Pham Hai Long, general director of Agrex Saigon Foodstuffs Joint Stock Company.

According to the department’s director Tran Dinh Vinh, the department would not grant catch certificates for firms which did not buy fish caught in Ho Chi Minh City, in line with the Ministry of Agriculture and Rural Development’s Circular 50/2015.

This might create problems for seafood exporters, Vĩnh said.

Vĩnh said that the department was willing to provide support to seafood exporters if it was permitted by the Directorate of Fisheries.

The US might also require catch certificates in the future, Hoe said.

The association proposed to local departments that they link up with each other to make the granting of catch certificates more convenient.

The association’s statistics showed that seafood exported touched US$3.1 billion in the first half of this year, rising by 3.8% over the same period last year.