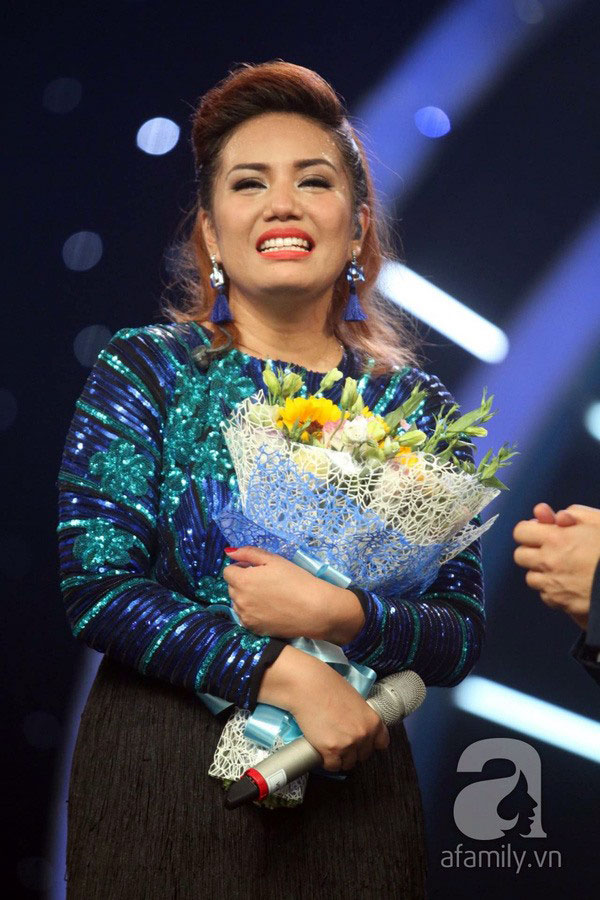 Phuong was born and raised in a family in the Philippines, and moved to Vietnam by herself at the age of 21 in search of a way out of poverty and a career in singing.

Phuong beat her rival and finalist Viet Thang on September 30, who was also adored by his skillful voice via audience SMS (short message services) vote.

The two singers battled from May through September, but in the end Phuong was the victor with 54.25 percent of the vote.

When she heard her name called out as the winner, the 28-years-old cried. “I appreciate the audience a great deal for voting for me,” she said.

Phuong came prepared with years of singing experience. Before the contest, she had performed in many night clubs and bars overseas.

Although her strength is performing English-language songs with a powerful inner voice and skillful techniques, she tried to sing as many Vietnamese songs as possible to win the audience’s heart.

Singer Nguyen Thu Minh, one of the contest’s three judges, praised Phuong as she sang Hello Vietnam, accompanied by the Republic of Korea’s violinist JMI. “Her voice echoes from the bottom of her heart, like the feeling in many other Vietnamese hearts,” Minh said.

Besides their own solo perfomance, Phuong and Thang also performed with Thu Minh in two English songs Queen of the Night and Just Love.