The 13th Culture, Sports and Tourism Festival for ethnic groups in Vietnam’s northwest region kicked off in Lao Cai province on October 1. 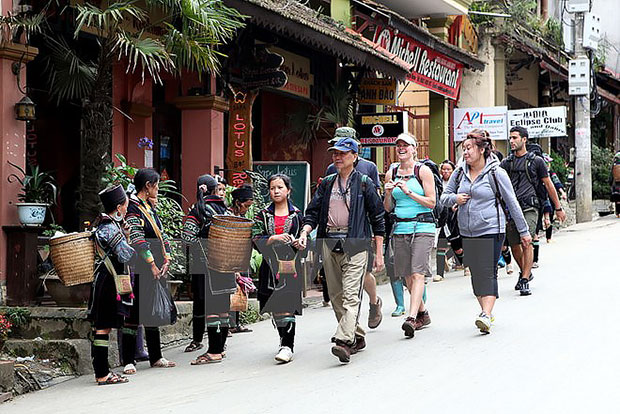 Addressing the festival, Nguyen Van Binh , Head of the Party Central Committee’s Economic Commission and the Steering Committee for the Northwestern Region, praised the Ministry of Culture, Sports and Tourism and authorities of the regional localities for their contributions to preparations for the event.

He highlighted the importance of the region’s geopolitical position for the nation’s development, saying that the region boasts great cultural values, especially cultural tangible and intangible heritages of ethnic minority groups like Thai, Muong, H’mong, Dao, Tay Nung among others.

He urged the regional localities to focus on boosting the region’s rapid and sustainable development, through developing tourism into a spearhead economic sector, further investing in infrastructure construction for tourism, and diversifying tourism products, towards quickening poverty reduction and economic development.

The three-day event contributed practically to the implementation of policies and Resolution of the Party, thus upholding and preserving cultural identities of the regional ethnic groups, and promoting socio-economic development in the area, he stressed.

Deputy Minister of Culture, Sports and Tourism Huynh Vinh Ai said the triennial event helps introduce and promote the potential and strength for developing culture, sports and tourism, and honour the value of cultural heritages in ethnic minority areas in the region.

The festival sees a wide range of activities, including art performance, a photo exhibition, a fair featuring local cultural and tourism products.

Cultural rituals practiced by the region’s ethnic groups as well as their traditional costumes have also been introduced to visitors.

A science workshop was also arranged to seek ways to uphold the value of cultural heritages and promote sustainable tourism development in the region./.