An exhibition featuring the royal treasures of the Nguyen Dynasty (1802-1945) opened on December 6 in the central province of Thua Thien-Hue. 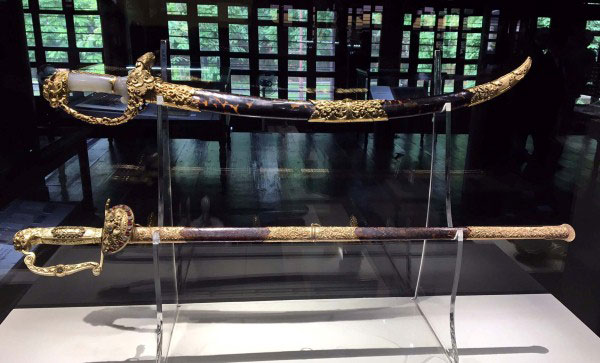 One of the treasures on display. (Photo: VNA)

Titled “Royal Treasures of the Nguyen Dynasty”, the exhibition was organised by the Vietnam National Museum of History and the Hue Monuments Conservation Centre (HMCC).

Phan Thanh Hai, Director of the HMCC, said after the Nguyen Dynasty ended in 1945, most of the royal treasures were transferred to Hanoi to ensure safety in wartime, and conserved in line with President Ho Chi Minh’s decree.

Up to 64 pieces of the royal treasures are being introduced to the public of Hue province for the first time, after 71 years of conservation by the Vietnam National Museum of History.

On the occasion, the photobook “Royal Treasures” and the eighth volume of the documentary film “Museum of Royal Antiques” – wooden antiques have also been launched.

The Nguyen Dynasty was the last feudal dynasty in Vietnam. Their rule lasted a total of 143 years from 1802./.