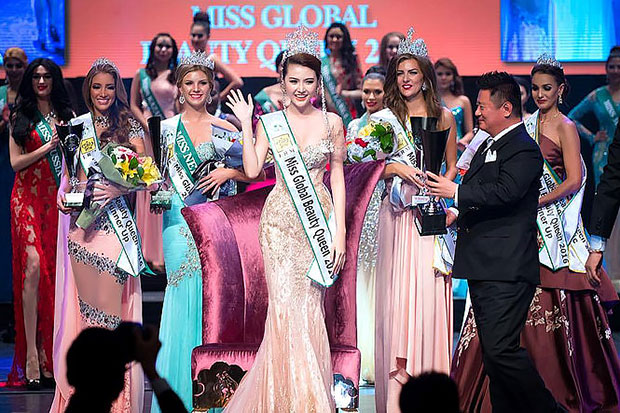 Duyen defeated more than 50 contestants from all over the world to win the crown.

“This is the most memorable moment in my life. I am so proud to be Vietnamese. I would like to send my sincere thanks to all,” Duyen posted on Facebook after being crowned.

“Being crowned Miss Global Beauty Queen is a very important landmark in my career and life. It proves that all my efforts worked. This award is not only for me, but for Vietnam and those who supported me along the way,” Duyen told Tuoi Tre (Youth) Newspaper.

Duyen said she would spend part of the award money for charity and invest the rest in a movie project that she had nurtured for a long time.

Until now, Duyen is the only Vietnamese to achieve such a high honour at a world beauty contest.

Twenty three-year-old Duyen is 1m74 and was born in southern province of Ba Ria-Vung Tau.

She studied at Ho Chi Minh City’s University of Theatre and Cinema.

Nam Em, Miss Earth Vietnam 2016, got 180,000 votes via the Miss Earth TV voting system, which accounts for 34 percent of the total votes.

Miss Earth 2016 held at Manila, Philippines, attracted more than 90 contestants from all over the world. The grand finale will be held on October 29./.