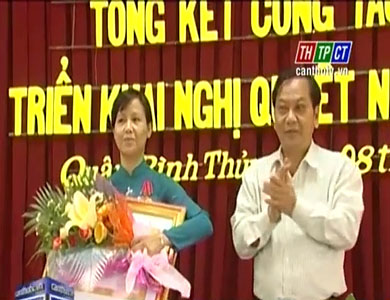 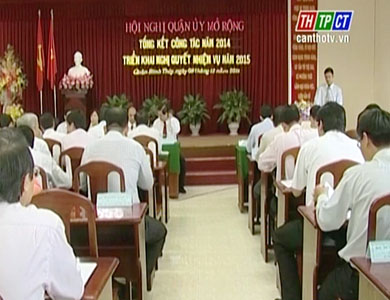 In 2014, Bình Thủy district has popularized many measures to carry out effectively its resolutions. Especially, 174 new party members are admitted, win 116 percent the goal, the whole district has 93 percent party members completed well mission. The task of inspection is enhanced. In the year, it’s nearly 6,000 learners attend courses of politic training, professional jobs.

In 2015, Bình Thủy district promotes to build party grassroots organizations to prepare well for the party congress at all levels. 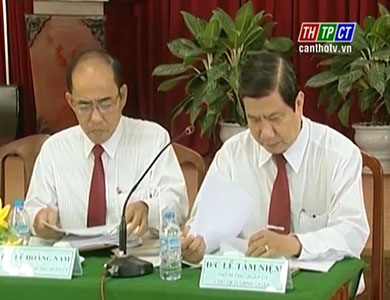 Statement at the conference, Mr Trần Quốc Trung praised achievements of the party committee that gained in the year, at the same time noted some important issues such learning and following Hồ Chí Minh’s moral example to build strong, stainless politic system for the party congress at all levels.

This occasion, on behalf of entrusting a task to offer the 3rd class labour medal to Ms Nguyễn Thị Nữ – party vice secretary of the district, 3 individuals and a collective receive merit of certificate of Prime Minister.