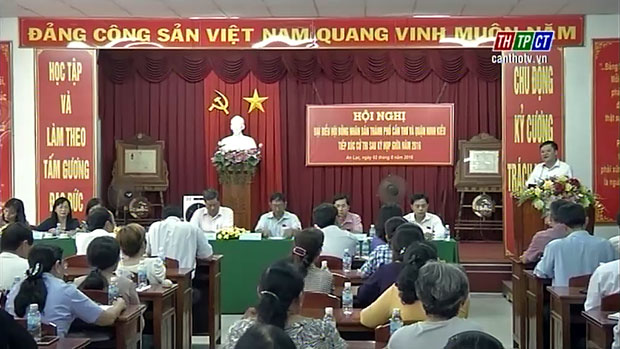 After listening to the brief report on results of the 2nd session of the people’s councils of the city and Ninh Kiều urban district, results of solving voters’ opinions, voters proposed many opinions which focus on basic construction, land, environmental pollution, social evils, degraded roads.

Many others suggested further boosting the fight against corruption and wastage.

Representing the delegation, deputy Nguyễn Quang Nghị acknowledged the proposals which would then be conveyed to authorized units for resolution./.