In the morning on August 2nd, delegation of Cần Thơ city People’s Council in Cái Răng district of new term. 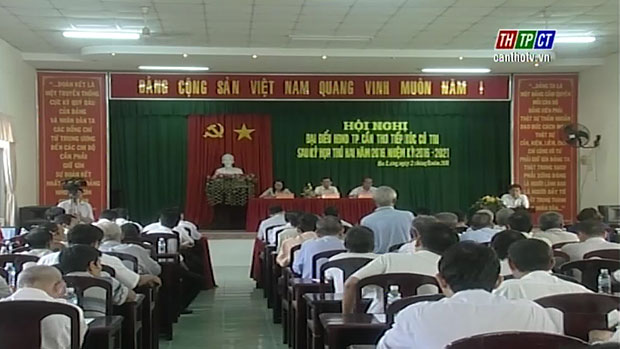 They contacted with voters after the 2nd session in mid-year, 2016-2021 term at Ba Láng ward, Cái Răng district.

About 100 voters joined in. At the contact, deputies announced socio-economic situation in the first 6 months, propose missions at year-end, reported results of the 2nd People’s Council in order to help voters throughly grasp.

More than 20 voters suggest 3 major subjects such as qualities of checks-up at Cái Răng district Hospital did not ensure services, knowledge of doctors as well as medical instruments, expand checks-up on Saturdays and Sundays by health insurance cards in order to laborers ensure jobs, build bridges in the area, with the aim of serving transportation, construct programs on changing plant varieties in agricultural areas, and etc.

The deputies recognize the voters’ suggestions, timely solve problems of the voters./.