Defence Minister General Ngo Xuan Lich, who is on a visit to India from December 4-7, has met Indian Prime Minister Narendra Modi who said that India wishes to maintain and boost friendship and cooperation with Vietnam. 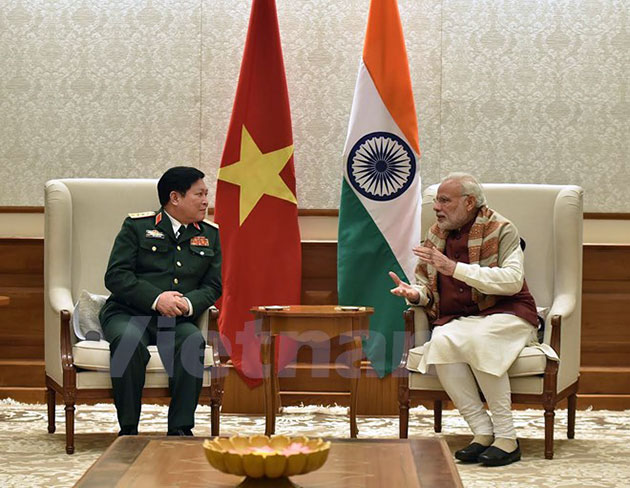 He said that India is a close friend of Vietnam, adding that the country considers Vietnam as a top priority in its “Act East” policy.

General Lich expressed delight at India’s strong growth, which has helped the country rise as a world power.

He thanked the Government and people of India for their support to Vietnam during the struggle for independence and for the cause of national defence and construction.

He briefed his host on the outcomes of defence cooperation between the two countries, lauding the support of the Indian Government and PM Modi for the two Defence Ministries to foster their affiliation.

The people and army of Vietnam will exert efforts to maintain and reinforce the sound traditional friendship between the two countries, which was founded by late Indian Prime Minister Jawaharlal Nehru and President Ho Chi Minh.

He also visited the Information Management and Analysis Centre (IMAC) of India, and the Indian Air Force High Command.

On December 6, a number of bilateral meetings were held between defence officials of Vietnam and India./.