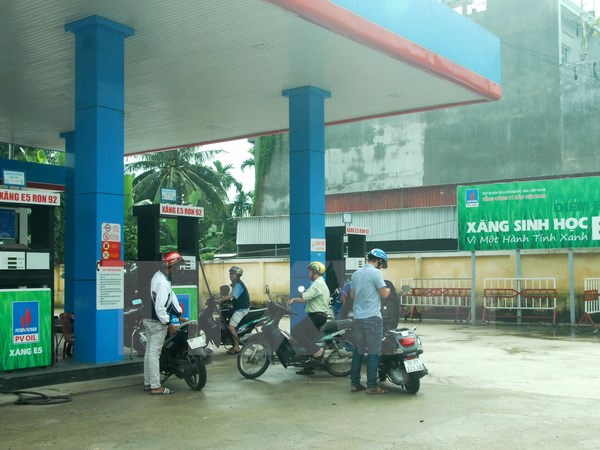 From December this year E5 bio-fuel made by adding ethanol will be produced and sold nationwide, according to the Prime Minister’s Decision 53/2012/QD – TTg on the road map for using E5 petrol.

Ethanol fuel mixtures have “E” numbers that describe the percentage of ethanol by volume: For instance, E5 is 5 percent ethanol and 95 percent petrol. But vehicle owners have concerns about the supply and quality of E5 petrol.

Consumers are worried about the quality of E5 petrol. What is your opinion about it?

E5 or E10, these bio-fuel products have been widely consumed in many countries like the US, the Republic of Korea, India, Thailand, the Philippines and in Europe. Many Western European countries have been using E5 since the 1970s.

Now the US is the country with the highest consumption of ethanol petrol. Most petrol stations in the US sell E5 and E10 petrol.

It means E5 and E10 petrol are very popular in the world and can be used for the most modern autos and motorbikes.

The company has close cooperation with PetroVietnam Oil Corporation (PV Oil)’s branch in the central region to process E5 petrol for selling in the central market, especially in the three central provinces and cities of Quang Nam, Quang Ngai and Da Nang.

Sales of ethanol-blended petrol have been good over the past year because this is an environment-friendly product with a reasonable price.

E5 RON92 petrol now has quality as good as or even better than RON92 petrol but sells at a price of 330 VND per litre lower than normal petrol. However, the product is not popular or consumed widely in the local market

* There are big gaps between the volumes of E5 petrol sold in the northern, central and southern regions. Why is this ?

The BSR can transport thousands of cubic metres of petrol by sea way. It transports E5 petrol to Hai Phong port and keep at PV Oil’s warehouse in the port with strict quality monitoring to ensure the product’s high quality.

The company has pledged to ensure the quality of ethanol-blended petrol sold to final customers if traders have demand on increasing sales of the bio-petrol product and on transporting by ships for this product.

It expects traders to promote ethanol-blended petrol in the local market because it is a product that offers great economic efficiency to consumers.

* E5 petrol is to be used nation-wide from December 2015. What are challenges in supplying the product to the market?

Demand for E5 RON92 petrol is expected to increase in large provinces and cities. The company has made careful preparations to ensure there is no shortage of ethanol, the feedstock needed for ethanol-blended petrol, for processing E5 petrol. In fact, its supply will meet demand for many years.

Now plants with high ethanol production capacity supply large volumes of the material to plants processing bio-fuel. For instance, the Vietnam National Oil and Gas Group (PetroVietnam)’s Central Bio-fuel Factory, in which the largest investor is BSR with 61 percent, went on stream with a designed capacity of 100 million litres of high-quality bio-fuel per year.

But the plant has been operating at 10 percent capacity due to the low demand in the local market.

The factory is expected to increase its production if the market has higher demand. It will increase by 60-70 percent and even run at 100 percent capacity if the market needs it.

Other bio-fuel plants such as Dong Xanh, Tung Lam and Binh Phuoc are ready to operate and each supply 600,000 litres of ethanol-blended petrol a year.

The factories will have enough cassava, the raw material for producing ethanol, in the coming years.

Demand for ethanol-blended petrol is expected to increase in future when customers get trust in bio-fuels.

* What measures have been contemplated to increase bio-fuel sales?

BSR has asked PetroVietnam for support for its negotiations with distributors, including Petrolimex and Saigon Petro, on distribution of ethanol-blended petrol.

The Government should have specific tax and support policies for distributing E5 petrol.

The company hopes the Government and the Ministry of Industry and Trade create a distribution system to promote sales of the product.

Customers will be keenly interested in using E5 petrol because of its higher quality and cheaper price than traditional RON92 petrol.-VNA